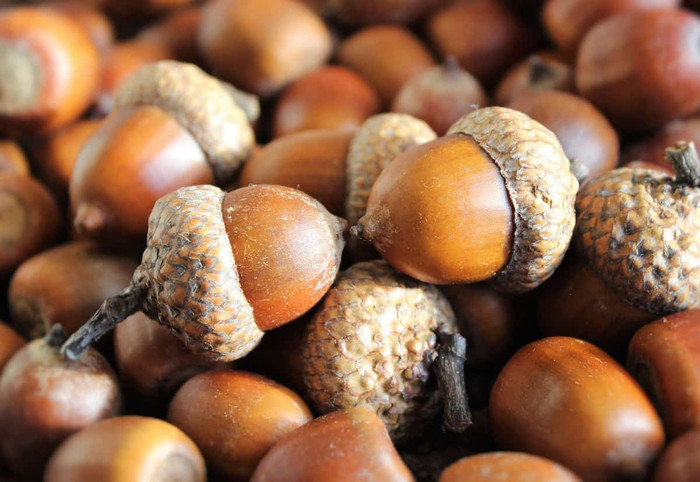 Product Code: AV
Please enter
zip code
to know if this product is suitable for your location or not! Your Zone:
change my zone
USDA Zones 3-12

The Importance of Acorns

An acorn is a nut produced by any one of the wide variety of oak trees that grow in many parts of the world. It can easily be identified by its relatively large size and its unique appearance, with a hat-shaped capsule protecting the rest of the nut.
Acorns are useful beyond their ability to produce new trees. Although they are considered too bitter for human consumption, acorns were once used as food by Native Americans, who would crush and then soak them to remove the bitterness. The nut is particularly useful in the animal kingdom because of its size and the energy it produces when consumed.

The acorns serve as food for a variety of birds, including pigeons and ducks, and by mice and other small mammals.

They are also eaten by some larger animals, including deer and bears, making them perfect if you want to draw the attention of wildlife.
Each nut contains at least one and possibly as many as three seeds that will require between six months and two years to fully mature, with the time be determined by the type of oak tree from which it came. The nuts themselves are too large to be spread by the wind and will require outside help if they are to spawn new trees. Their dispersal is usually accomplished intentionally by humans or incidentally by individual members of the animal kingdom, including birds.
The trees from which the nuts themselves are born can usually be found in areas where the climate ranges from temperate to tropical, such as Europe and Asia. However, the most extensive variety of trees in the Oak family is found in North America. The oak trees themselves may go on to live for centuries. Never again will you look at acorns the same!

Growing Zones:
Customer Reviews
5.0 Based on 1 reviews
Write a Review