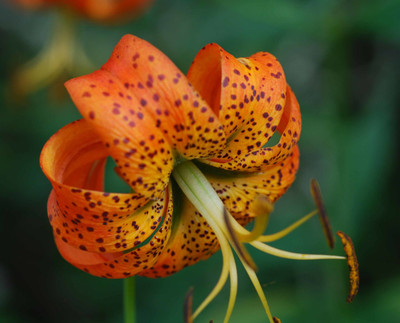 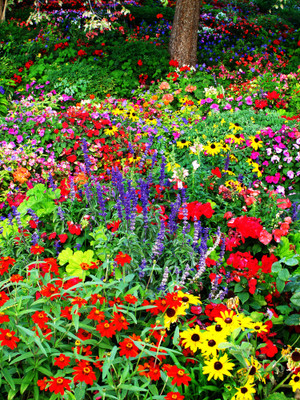 As blue flowers call to mind early spring and summer, orange flower call to mind summer and fall, even if they also bloom in spring! Whenever the bloom orange perennials are an eye-catching must-have for any garden. Here are four of them:

Given its name, because its petals curl back in a way that makes the flowerhead look somewhat like a turban, the Turk’s cap lily grows from a bulb and is native to the eastern United States. It grows best in hardiness zones 5 t 8 and grows from 4 to 7 feet tall. This makes it a great addition to the middle to the upper story of an herbaceous border.

The Turk’s cap lily blooms in July, and its orange petals bear maroon spots while the leaves are long, lance-shaped, and grow in whorls. It thrives in medium to wet soil in full sun to part shade and is also excellent for a rain garden. It’s best to plant the bulbs in the fall 5 to 6 inches deep.

The milkweed not only looks good, but it also does good. It is both the host and nectar plant for the Monarch butterfly and its caterpillar, so it is crucial to surviving this extraordinary, spectacularly beautiful butterfly. The flowers arrive from summer to fall, and the plant itself grows from 2 to 4 feet high. The milkweed isn’t too particular about climate and thrives in hardiness zones 3 to 9. The soil can be moist, deep, or sandy as long as it drains well.

A type of milkweed called the butterfly weed has a long taproot and can tolerate drought. In all milkweeds, the clusters of flowers are famously followed by pods shaped like canoes. In the fall, they burst open and release seeds attached to silken parachutes that float on the wind.

Daylilies are not related to “true” lilies. They only look like they are. As resilient as they are beautiful, daylilies flourish in hardiness zones 2 to 10 and bloom from summer to fall. They grow from 1 to 4 feet tall and do best in well-drained, moist loam in an area that gets full sun to partial shade. The flowers rise above grass-like leaves on stems called scapes. Though they last but a day as their name says, more flowers throughout the season follow them.

These flowers are amazingly easy to care for and eventually spread into colonies. Plant them in the spring or the fall and fertilize judiciously.

Like the daylily, the blackberry lily isn’t a true lily. The orange flower, speckled with deeper orange spots, arrives in summer and blossoms for two weeks on 2 to 4-foot tall stalks over strap-like leaves. The flowers are followed by pretty seed pods filled with bright purplish-black seeds that look like blackberries. Some gardeners believe the seedpods are at least as attractive as the flower, and they add interest to a fall garden. The pods can also be dried and used in arrangements.

The blackberry lily does best in hardiness zones 5 to 10 in fertile, moist soil, in full sun to light shade.