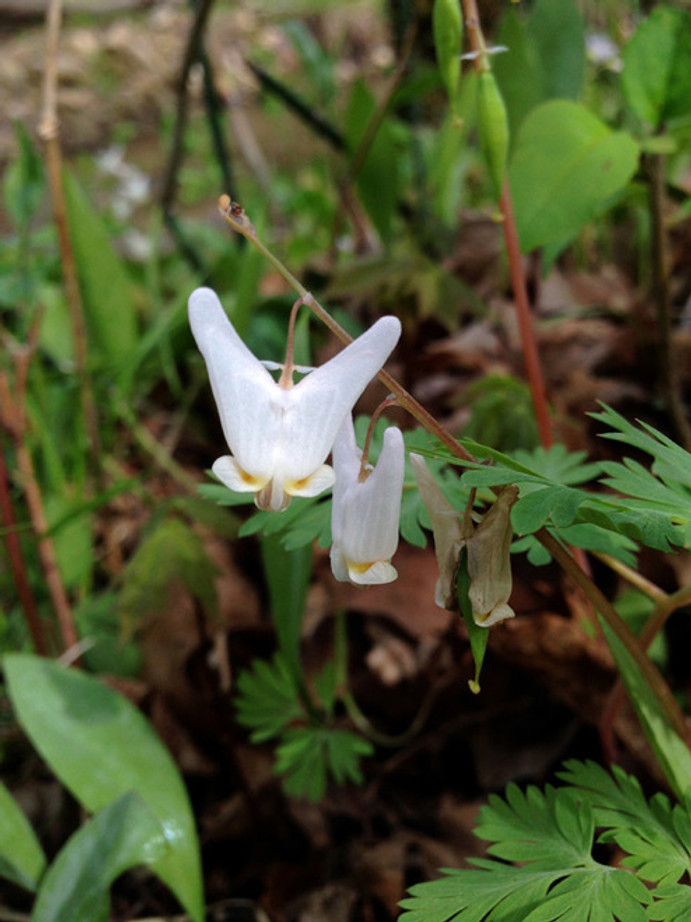 Product Code: DB
Please enter
zip code
to know if this product is suitable for your location or not! Your Zone:
change my zone
USDA Zones 3-7

The Dutchman's Breeches also called the Dicentra cucullaria are a perennial plant. This unique plant gets its name from the peculiar blooms that look like breeches hanging. These plants bloom in Spring and are pollinated by ants. This perennial can grow to about 12 inches tall. This plant ships year-round bare root.

This plant is named for a type of traditional pantaloons worn by Dutchmen. It has white flowers that resemble upside-down pantaloons or "breeches." The unique plant tipped by yellow flowers on a slender stalk that looks similar to a clothesline. Dutchman's breeches have dark green leaves resembling large parsley leaves. This plant genus is of the same family as the "Bleeding Heart" plant.

Also, this plant also has a total of six stamens and four petals inside each flower. Its waxy white petals recognize it. It is hardest in New England and grows near rocky slopes and also forests. This plant prefers full to partial shade and a damp, acidic soil to thrive. It is part of the family of shade perennials that require minimal maintenance.

Dutchman's Breeches gets its name because the pretty but oddly shaped blossoms look like linen underwear blown out by the wind.

This plant's bulbs need to be planted in acidic, moist soil in partial shade. The best time to plant them is in the late spring. The flowers then appear next spring; the plant is a perennial. Dutchman's Breeches goes dormant during the warmer weather but returns the following spring.

Growing Zones:
Customer Reviews
4.0 Based on 14 reviews
Write a Review