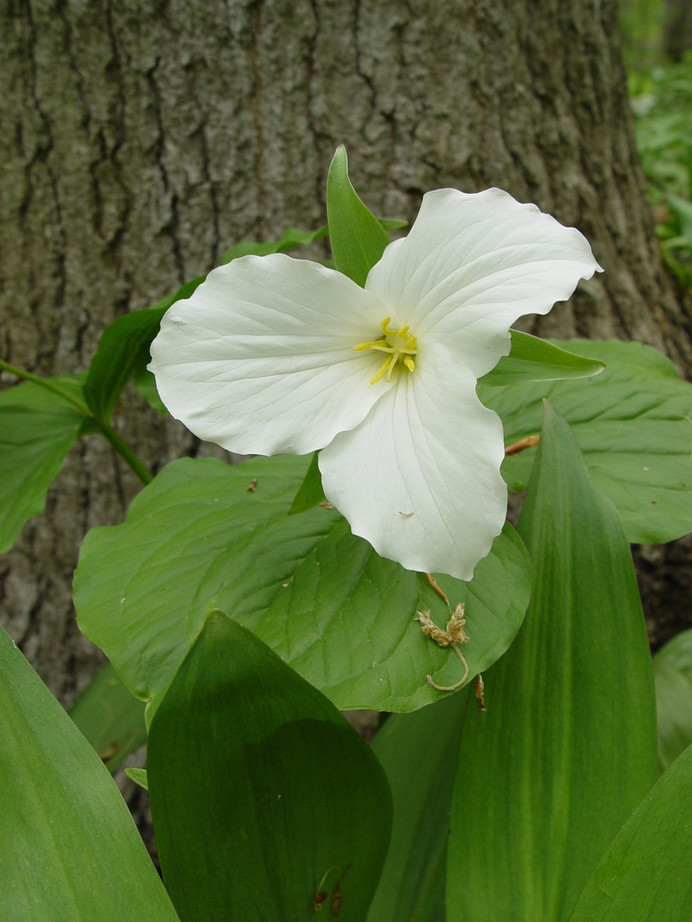 Product Code: GWT
Please enter
zip code
to know if this product is suitable for your location or not! Your Zone:
change my zone
USDA Zones 3-9

Great white trillium (Trillium grandiflorum)is a flowering plant that is native to the eastern parts of North America, from Quebec in Canada all the way down to Georgia in the United States and grows as far west as Minnesota.

Some of the more common names for the plant are white trillium, large-flowered trillium, white wake-robin, and trinity flower. It is a member of the lily family and grows best in shaded woodlands with fertile soil and fertile compost from the forest floor. This single white flower grows from a tall stem and is encased by three green leaves. The flower itself has three pristine white petals that will sometimes fade to a pale pink as it ages and is in bloom from late spring to early summer.The trillium is known as a spring ephemeral, which means that the life of the flower synchronizes with the woodlands in which it grows.

With its large leaves, pretty blooms and its low maintenance needs, great white trillium is a favorite among the other varieties of trillium.

When appropriately tended, this lovely plant will keep flowering every year after it is planted. As it has larger petals than some similar flowers and is quite noticeable, this variety of trillium has been used as the provincial emblem of Ontario, Canada, and also has the distinction of being awarded the Royal Horticultural Society's Award of Garden Merit. It is easy to see why this wildflower is a perennial favorite among gardeners and conservationists alike.

The Great White Trillium is one of our best selling trillium available.

The Trillium bloom in the Spring and are a perennial flower. It is native to different parts of the South Eastern United States and other areas. This perennial does best planted in at least partial shade. This plant ships bareroot, year round.

Great White Trillium are beautiful bulbs that will bring beauty to any garden!

Growing Zones:
Customer Reviews
5.0 Based on 15 reviews
Write a Review