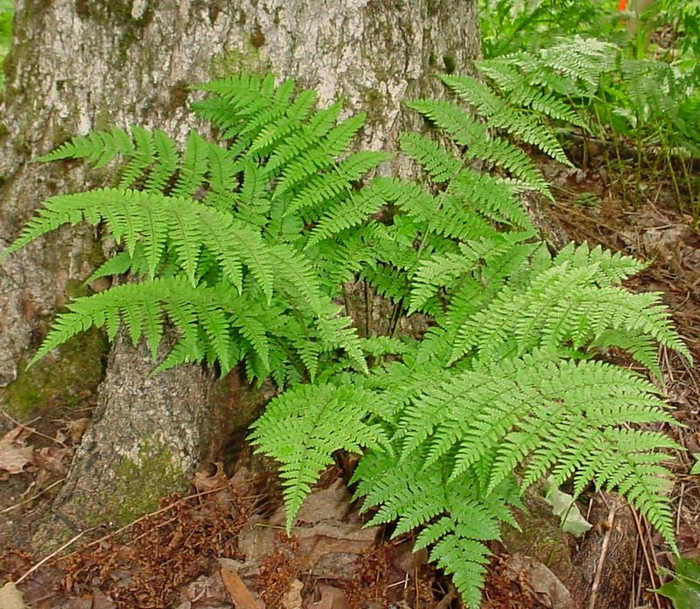 Product Code: spwg
Please enter
zip code
to know if this product is suitable for your location or not! Your Zone:
change my zone
USDA Zones 3-8

The Toothed Wood Fern is one of the most common ferns in North America and is found as far north as Canada and as south as Argentina. It is a popular garden plant due to its numerous stemmed leaves, which are graceful on various surfaces: upright or cascading, in pots or baskets, or planted in the ground.

This article will cover some basic information about what it means to be a Toothed Wood Fern (Dryopteris carthusiana) and how this plant's survival ability has been impacted by human interaction.

How Does The Toothed Wood Fern Grow?

This fern species is a perennial that grows best in areas where the climate is warm, moist, and well-drained. It can grow in various places, including forested areas, rocky cliffs, and sometimes sandy beaches. This plant's underground rhizomes (shortened, underground stems) allow it to spread itself out while staying attached to its original root point.

Toothed Wood Ferns have leaves that grow up to one foot long, with each leaf having several lance-like lobes. These pinnate-pinnatifid lobes are darkened near the middle of the leaf by prominent teeth underneath the leaf ribs.

The stalks of the ferns are made of tough wood harvested from the rhizomes during the hot summer months. The stems of the Toothed Wood Fern make resilient climbing structures that move the plant into new locations for growth.

Where does the Toothed Wood Fern grow native?

Toothed Wood Ferns are native to the North American continent. They are easy to recognize because they have pointed leaves that resemble teeth along their stems, hence the name "Toothed Wood Fern." It is believed that these ferns were only located in certain parts of the United States and Canada until people began migrating to America and bringing their plants. Over time, transporting this plant via ships allowed it to spread far outside its typical boundaries and into areas where it had never been seen before.

Today, Toothed Wood Ferns can be found in almost every state in the United States and are now seen across Africa.

Which Environment Supports The Growth Of The Toothed Wood Fern?

Toothed Wood Ferns grow in moist, shady areas that are neither too acidic nor too alkaline. Although they thrive in forested areas, they can grow on rocky cliffsides and beaches.

Is The Toothed Wood Fern Harmful To Other Plants?

Toothed Wood Ferns are often considered very prolific because of how the plant clones itself. These plants will produce offsets (smaller ferns from the same root point) that can create more plants without cutting, hacking, or digging up the original plant. Because of how this fern's rhizomes can spread out and grow, it is also a threat to other plant species as it can become overgrown.

What Are The Advantages Of Toothed Wood Fern In The Garden?

Toothed Wood Ferns are popular garden plants because they shape their appearance and feel like they were created just for them. To be put in a garden can be considered an honor that most plants don't receive, but Toothed Wood Ferns are one of the rarest and most uncommon treatments that can be done with a personal touch.

For these reasons, this is an example of a plant that is interesting to look at and provides benefits for other species. By having these plants grow in your garden, you are allowing other animals, such as birds, mice, frogs, and insects, to have a place they can crawl into and seek shelter from predators. These species will also help your garden grow by eating the seeds of invasive plants that can damage the woods around you.

The Toothed Wood Fern is a beautiful ornamental plant with the potential to become spread quickly. It is excellent for limiting weeds and other cover plants, making it the perfect ground cover.

Growing Zones:
Customer Reviews
5.0 Based on 1 reviews
Write a Review